About four years ago landscape architecture designer and environmental activist Virginie Gysel realized that she was tired of being against things; it was time to start building the world she wanted. She got started at a workshop hosted by Transition Guelph where she proposed to buy food-bearing trees and plants at wholesale prices and plant them in people’s gardens. Around 20 enthusiastic people signed up to join her and the Treemobile was born.

Treemobile started with 150 trees and plants in 2010. By 2013 they were up to 950. This year they’re adding Toronto to their outreach and Virginie’s pretty sure that they’ll easily surpass last year’s numbers. Virginie grew up on a tree farm.

“I swore I would never be in my father’s business,” she laughs, “well, that didn’t work out!” Her father produced shade trees for parks and city plantings, the same trees that cool our cities during long hot summers.

The beautiful thing about Treemobile is that it pays for itself. “We don’t need grants,” says Virginie. The customers make their choices online and pay in advance. That way Treemobile can pay its suppliers cash on delivery. The costs include the mulch, compost and tree guards that ensure the plantings are successful. Virginie chooses carefully: she has developed close relationships with the nurseries that supply her. And she picks things that are easy to grow, perennials that you can forget about once they’ve been planted. The fruit they bear needs to be the sort that keeps well after picking or is good for canning and preserves. Apple trees, for instance, need to be a variety where fruit doesn’t ripen all at once so that the harvest lasts for as long as possible.

The only thing that limits the Treemobile is the number of deliveries that have to be made. “As long as we have enough people to handle those we can keep selling,” says Virginie. Once the orders are all in delivery routes are carefully planned. The loaned van, its capacity, and the “army of volunteers who’ll plant your stuff and drive away,” are meticulously organized. Plants arrive at Treemobile’s central sorting area as bare root stock, so they have to be planted on the following day. It’s a very busy spring weekend for all of the volunteers.

If there’s any money left over after the deliveries are made, Treemobile donates plants to community gardens. This year they’re starting an urban orchard at St. Saviour’s church at Main and Gerrard in Toronto.

How does food build resilience?

“What if we get a freeze in Florida and a drought in California?” says Virginie. “We’re so dependent on food that comes from far away.” And it’s not just about making food more accessible. It’s about educating people on its importance, where it comes from, and showing them that they can grow it themselves. “It’s not hard to put some seeds in the ground!” says Virginie, who knows that the plants she distributes are going to thrive. “And one of the great side benefits of growing food through community effort” she says, ” is getting to know your neighbours so that during an extreme weather event you know who you can ask for help.”

What if I don’t have a garden, or can’t commit a lot of time?

“If you live in an apartment you might persuade the groundspeople to let you plant a few native plants in your courtyard. You’re guaranteed to meet your neighbours,” says Virginie. “Or if you just want to volunteer on a one-off, come and join the Treemobile. Help sort plants, or help to plant them. And then you’re done—you don’t have to come to meetings for the rest of forever—but you’ll have made lots of new friends who care about the same things as you.” 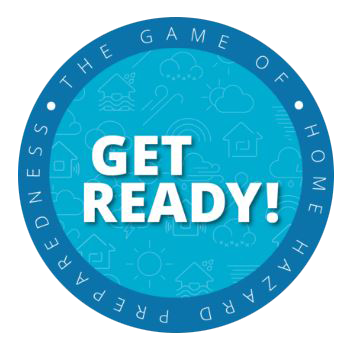